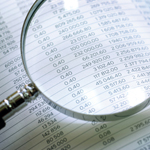 Although shares in the technology group Elektron have almost tripled in value since the low point of 7.375p last December, the recently announced annual results covering the year to 31 January indicate that there is more to go for. Although revenues fell last year, the move of more of the manufacturing operations overseas together with a cost cutting programme as the group restructured into two divisions meant that profits increased.

The focus at the group now is to increase sales and an 85% increase in the sales and marketing budget has been announced.  Much of this relates to key appointments in key geographical markets such as South America, China and Asia Pacific as the group looks to reduce its dependence on the UK and Europe.

Elektron is a niche player in several global, multi-billion dollar markets, and for such a small company is very global with representation in over 125 countries. The Elektron Technology business has very low market share providing scope for significant organic growth whilst acquisitions are always a possibility. The introduction of new products will also provide growth.

Although the shares have risen strongly over recent months, they still look undervalued given the progress that has been made at the group.  We believe the shares should be re-rated over the coming months and have set a price target of 36p on the stock.

Our latest research on AIM & Main market companies, straight to your in-box as we publish it!
Sign up today, it's quick and easy.